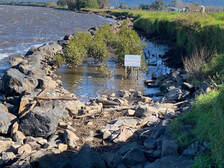 Bank Restoration work at Bolong
​​
In 2017, the Federal Government through the lobbying of Riverwatch and the Local Member for Gilmore, made available $300,000 to Shoalhaven City Council for Shoalhaven River bank restoration at Bolong. The project was completed in 2019.
Riverwatch assisted the Council with the tender process and in providing volunteers to provide further advice and undertaken ongoing planting of mangroves.
​
SCR Press Release 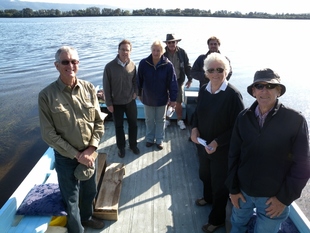 Riverwatch has a long association with the NSW State Government ranging from seeking funding for river rehabilitation to management and boating plans for the river. Funding between 2001 and 2018 amounted to approximately $241,000.  The majority of funding was for bank restoration work.
While the names of the Government agencies have changed, associations have been established with environmental, fisheries, water, catchment and crown land authorities.

With the creation of the NSW Catchments Management Authorities in 2003, Riverwatch had a close working relationship with the staff from the Nowra office of the Southern Rivers Catchment Management Authority (SRCMA). Working in partnership with the SRCMA, Riverwatch had been able to undertake large scale bank restoration work, which was really impossible prior to the establishment of the SRCMA.  The SRCMA has now been replaced by NSW Local Land Services (LLS). 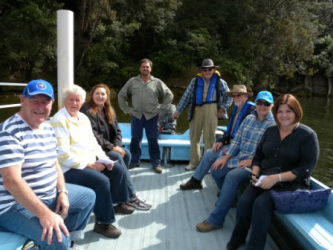